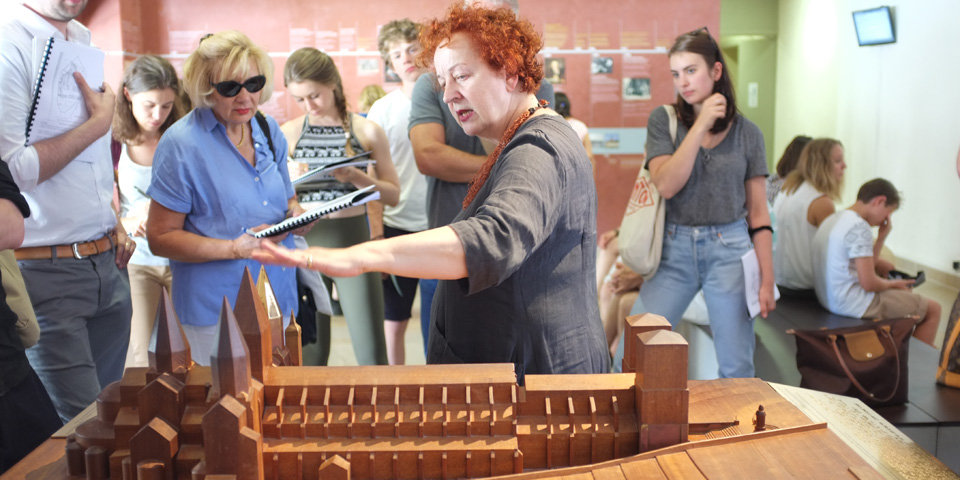 In a society that increasingly communicates in and through images and in which images are gaining ever more significance as epistemological objects, training is urgently required in image criticism skills. The Master’s Degree Program in Art History and Image Theory aims to meet this challenge by expanding the discipline of art history to include questions of image theory and approaching art history through this lens. The program enables students to acquire a more advanced education in the discipline’s vast spectrum of subject matter while also allowing them to specialize in one of the following fields: «The Middle Ages and the Reception of the Middle Ages», «Early Modern Art», «Modern Art», or «Image Theory and Image History». Both research- and practice-oriented, the program opens up a wide variety of careers such as museum and gallery work, historic preservation, art education, publishing, journalism, cultural management, the art market and academia.

Focal areas of teaching and research

With support from other institutions such as eikones – Center for the Theory and History of the Image, the University of Basel’s Department of Art History concentrates on questions of image theory, image history and the history of the discipline, paying particular attention to the increased and continually growing significance of images as epistemological objects. In Basel, this is closely linked with the traditional role of art history: Appreciating, preserving and conveying the historical, social, political and aesthetic dimensions of artistic and cultural heritage in tangible form. The master’s program also teaches students about the aesthetic and theoretical discourse that has formed in the dialog between the arts and media, helping them to develop a critical awareness of their own methods and theories in engaging with artworks.

A master’s is a second degree that a person can earn after completing a bachelor’s and requires 120 credit points (CP) in total. The Master's Degree Program in Art History and Image Theory is a single-major degree, which means that no other subjects are studied to achieve the 108 CP. Free electives (12 CP) are also included. One ECTS credit point equates to approximately 30 hours of work.

This master’s degree program does not include a second degree subject.

Admission to master’s programs is regulated by the university student regulations and the stipulations of the individual degree program descriptions. More details of the general master’s admission requirements are provided here.

For students to be admitted with no additional requirements, they must hold a bachelor’s degree worth 180 CP from a higher education institution recognized by the University of Basel.

Subject-related requirements are defined in the admission requirements (section 3) of the study program for the relevant subject. The guidelines may also contain further useful information that is key to successful studies.

Students must register for their bachelor’s or master’s degree program within a specified timeframe – even in cases of delayed registration.

The University of Basel organizes regular information events for bachelor’s and master’s programs. Details can be found on the events page of the Faculty of Humanities and Social Sciences.
Some subject areas also offer their own separate information or welcome events. Please consult the page for the relevant subject area for event dates and locations.

Master's examinations for students of the degree subject and program

All data subject to subsequent changes.

The research- and practice-oriented Master’s Degree Program in Art History and Image Theory qualifies graduates for a variety of professions including academia, museum and gallery work, historic preservation, art education, publishing, journalism, cultural management and the art market. It also provides students with the tools to conduct independent academic work. With this in mind, the master’s program paves the way to graduates’ first independent academic ventures, preparing them to deepen their knowledge through an academic project  and/or a dissertation.