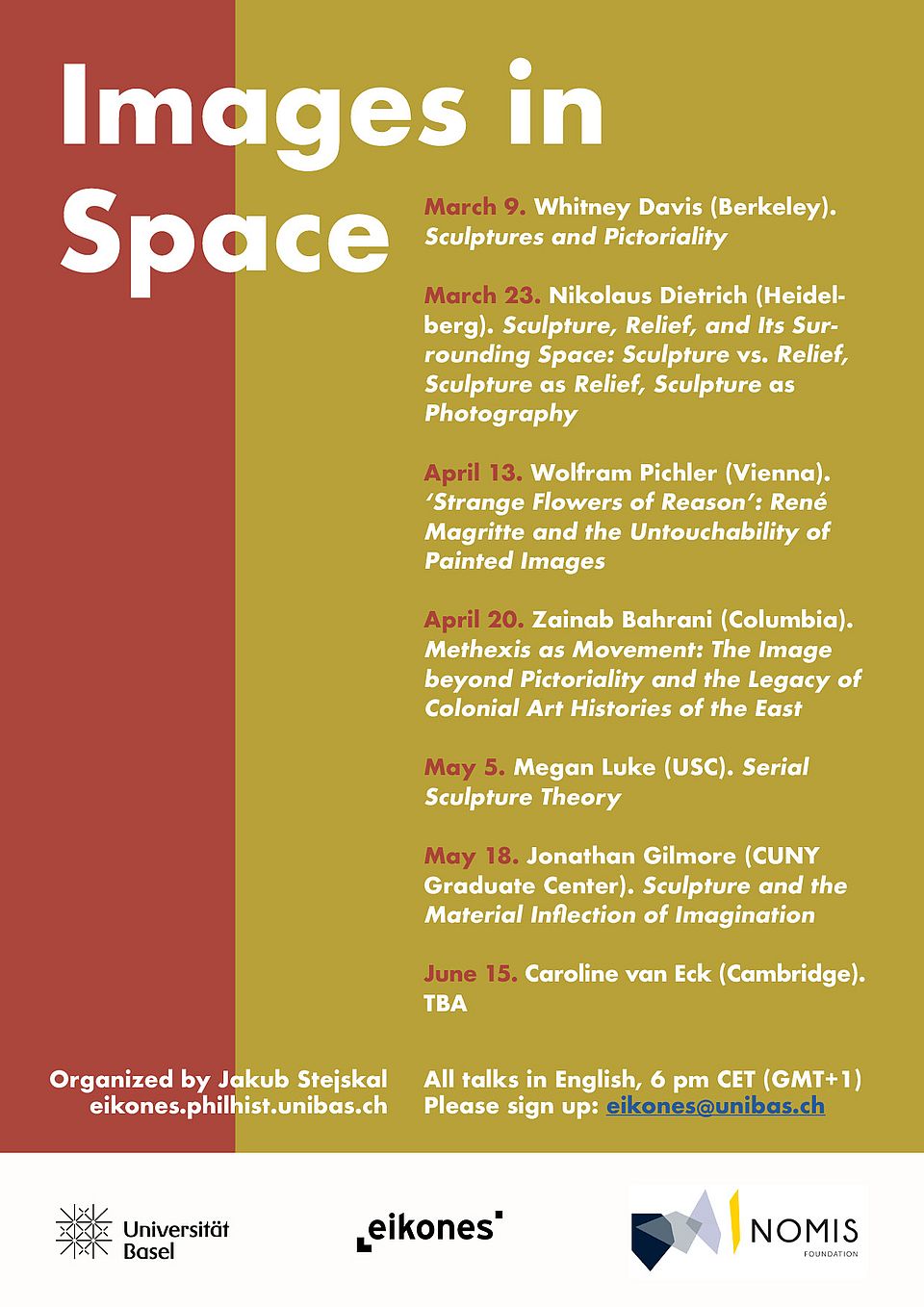 Modern Western reflections on the nature of images have predominantly focused on pictures, that is, images on flat surfaces, as paradigmatic examples of depiction. Discussions of images with three-dimensional supports have thus often been derivative or completely sidestepped. The aim of this series of talks is to shift focus to three-dimensional images ‘in the round’ like sculptures, figurines, or models, and to investigate the specifics, whatever they may be, that issue from their 3D nature. Of interest will be anthropological, historical, as well as philosophical approaches. Some of the relevant questions include: In what aspects has a production/reception/circulation of spatial images differed from pictures? Is thereanything specific about 3D image vehicles that a depiction theory should reflect? How have various histories and anthropologies of images succeeded or failed to recognize the difference?

Abstract: Sculpture and the Material Inflection of Imagination (by Jonathan Gilmore)
A standard charge leveled at sculpture in the historical paragone of the arts was that, in contrast to music and painting’s capacity to represent abstract ideas and counterfactual states of affairs, sculpture is confined to being encountered as brute matter, or at best what Walter Pater remarks is “mere form trying vainly to compete with the reality of nature itself.”  In this talk I address from a philosophical perspective the push and pull between idealism and materialism in sculpture. To that end, I draw on some recent work in cognitive psychology and neuroscience of the faculty of the imagination to show how the material of sculpture enters into its abstract or conceptual representational functions.  Here I also draw on recent work on the concept of inflection, which aims to explain how the material or medium with which a work of art is composed plays an essential role in the “idea” or mental representation that it elicits from us.